How We Built The A-Frame Shelby Shack Tiny House: 7 – The Interior

Time to move inside to work...

Hiya from Catherine! The exterior was complete. Finally, we could get started on the interior. We didn’t do each step of this process in any particular order. We all worked on many parts simultaneously.

As we mentioned earlier in step 2, the roofers used nails that were too long and poked through the plywood walls. This was one of our biggest mistakes in the project. We had to cut all the nails flush to the wall using an oscillating tool. We had to wear masks when using it because we didn’t want to breathe in the metal dust. We did this for all the lower sections but decided it was okay if the *ceiling* still had nails. It was such a long and annoying process.

Once we were done we used some wood filler in the small gaps and holes and sanded them down, prepping them for painting. 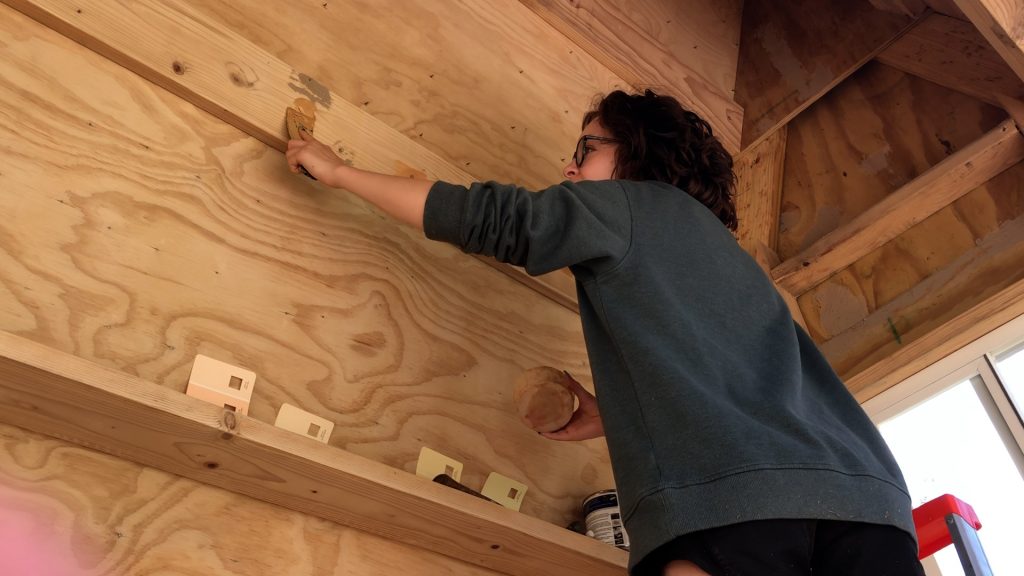 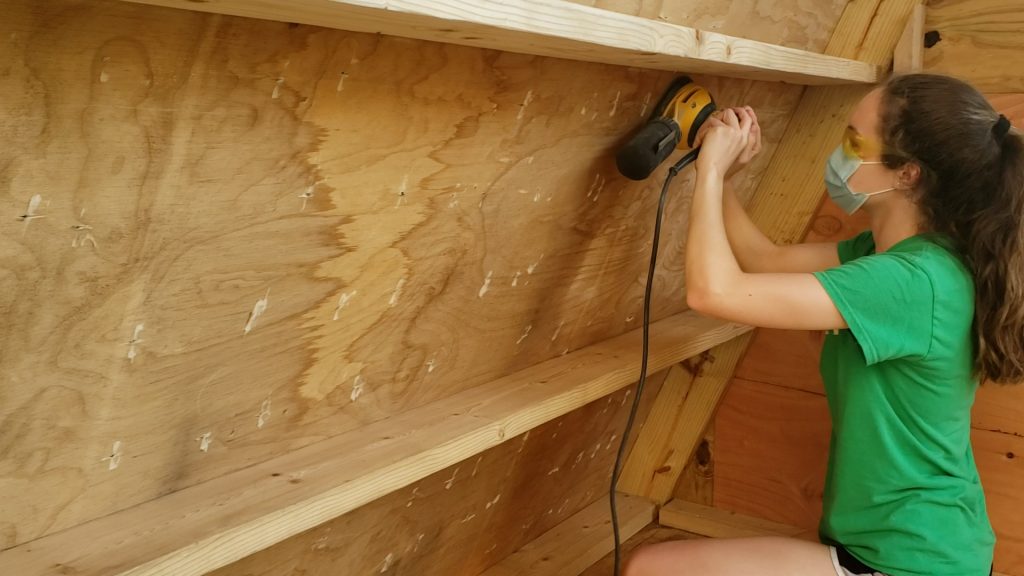 Theresa had an idea of how she wanted to paint the walls, but we decided to have the whole family vote on it. It took a lot of negotiating, but we finally decided on two colors: white for the trim, studs, and wall shelves and warm, soft pink for the walls.

We painted the walls first. An annoying part of painting the walls was the nails that we left in the ceiling. The paint collected on the nails. Then it occasionally surprised us by dripping down on us while we painted. As you can see in my hair in the picture below, I was a victim of the paint coated nails. 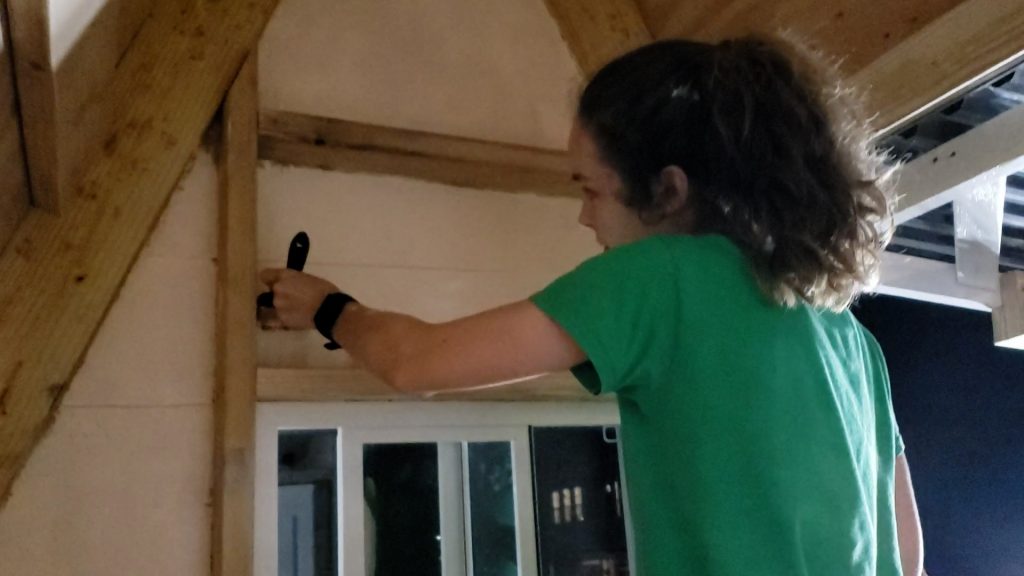 After finishing the walls, we put painter’s tape up to help us paint the trim and the framing in white. 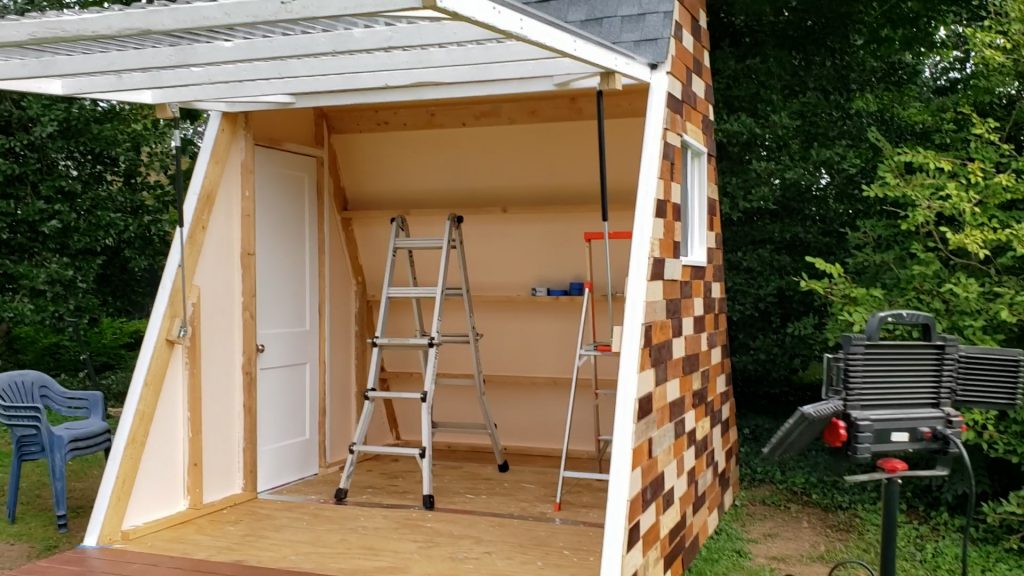 Working late into the night, as we always did, Theresa puts some finishing touches on. 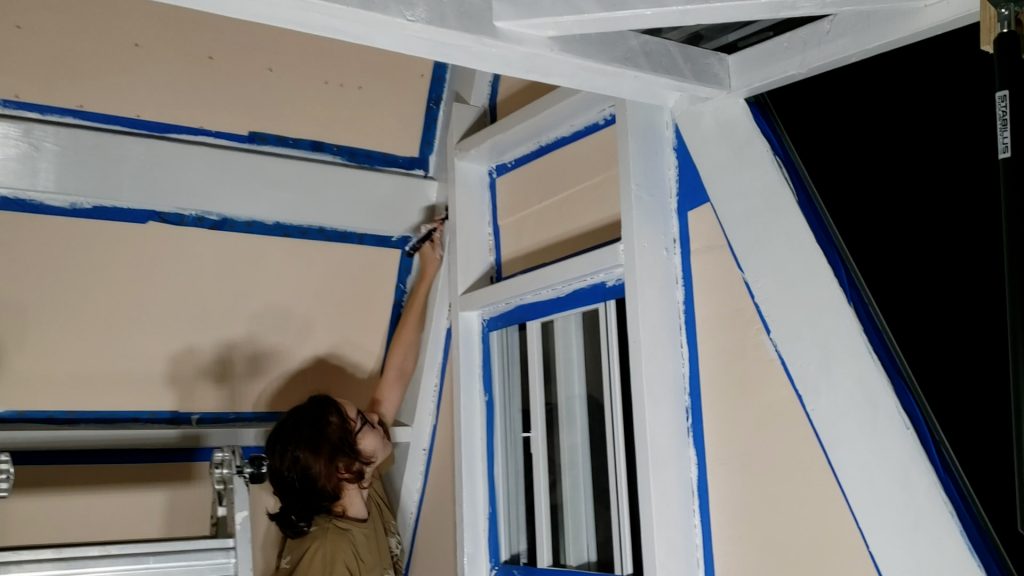 Once we finished painting, without a doubt, the best step was pulling off the painter’s tape to reveal the clean finished paint look. (We got electric installed during this process, which we’ll cover in the next step.) 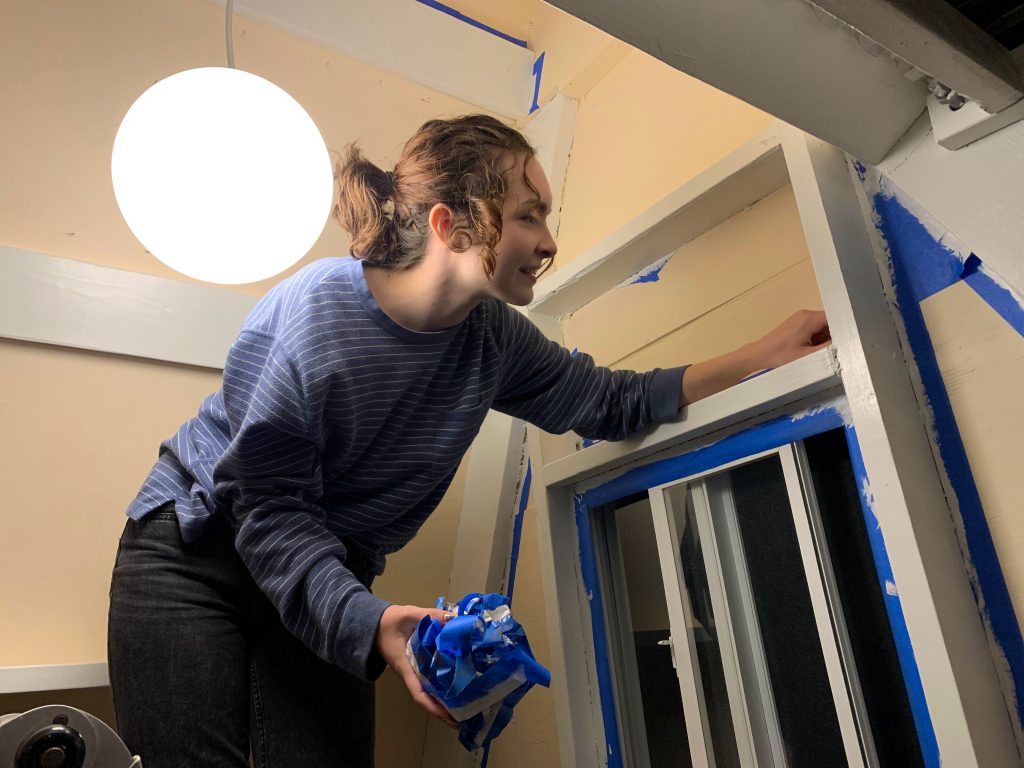 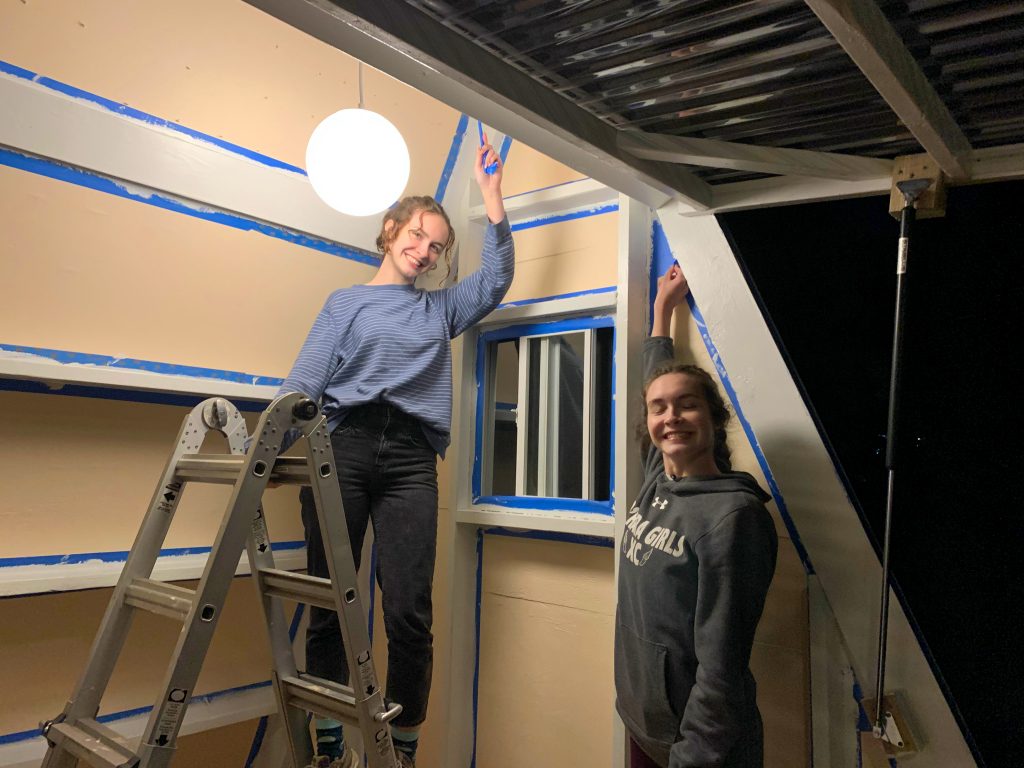 We don’t have any photos of it, but if you look at the photos above, you can see there is often a small gap between the studs and the plywood walls. We tried using an expanding paintable foam in those gaps with the idea we could just cut it after it dried, and then we could paint over it. But, that didn’t work. It didn’t cut smoothly at all, and it didn’t look any better painted. We finally decided on using caulk along many of those seams, and that worked great! It really helped the interior walls have the finished look.

NEXT STEP: 8 – The Electric

How We Built The A-Frame Shelby Shack Tiny House: 8 – The Electric